(We use google to ensure you're mostly human.) 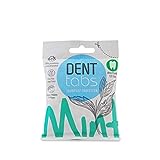 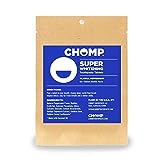 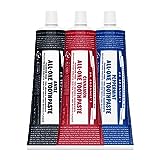 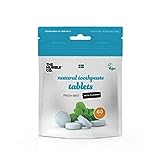 With respect to the environment, the primary concern is that a lot of toothpaste tubes are difficult to recycle. There are indeed brands that use plastic-free containers however, in the USA, those toothpastes also don’t include fluoride. So, for the most part, you have to pick between fluoride and plastic-free toothpaste. Although, there is some hope regarding recyclable tubes. One option is to buy a terracycle box, and buy Tom’s of Maine toothpaste or Colgate. Another option is to hold out for curb recyclable tubes from Burt’s Bees and Tom’s of Maine who are rolling them out in 2021 (and eventually Colgate who currently has a curb recyclable brand in the UK). The only plastic-free option I could find with fluoride were some toothpaste tablets imported from Germany that you can buy on Amazon. I really like them, but they’re a bit abrasive which do give that good and clean after-dentist feel, but also make me feel like I should avoid using them every day to avoid grinding away my teeth.

Do I even need fluoride?

This is something you need to ask your dentist. Undoubtedly you’re aware of the controversy and conspiracy surrounding Fluoride. My dentist advised me that as an adult, I most likely don’t need it, especially given that my city water is likely giving me enough. Some critics argue that the issue with fluoride in dental products is that there’s not a good way to provide a consistent fluoride dosage across a population. Some people brush multiple times a day, some only once. Some use the appropriate pea size dab, while others slather it down as if their brush was on an Aquafresh commercial.

The coolest dig I stumbled upon was that there might be an alternative that is more effective than fluoride, theobromine. It’s an ingredient naturally occurring in cocoa, and is being researched as a safer alternative, thus some DIY toothpaste recipes are throwing it in, but no studies that I’m aware of have proven the effectiveness of a DIY paste. Theodent is a commercial brand currently using it, but it does not have eco-friendly packaging.

Here’s a quick summary of other things to look out for in toothpaste: Long list of unknown ingredients that are likely bad for you and the environment (keep it simple, keep it safe), palm oil which is linked to rain forest deforestation, microbeads that leach plastic into water streams, triclosan (mostly banned) an unnecessary antibacterial, sodium lauryl sulfate (SLS) an allergen to some people but not really harmful.

No toothpaste at all?

So, if you’re giving up fluoride and other chemicals, can you give up toothpaste altogether? The answer is most likely, yes. Without fluoride, the main effectiveness of brushing is the physical act, not the paste, so if you’re giving it up, you could likely get rid of paste altogether, as the effects of other ingredients aren’t as proven to help. You could even go old school and get a miswak, a stick with antibacterial properties that in some studies has been shown to be just as effective as a toothbrush with paste and is the primary dental tool in some cultures. By the way, have I ever mentioned I’m not a dentist?

As expected most major labels are surrounded in a ton of past ethical controversy and don’t offer plastic-free or recyclable products, so as far as brands you’ve probably heard of, stick to Dr Bronner’s, Burtt’s Bees, Tom’s of Maine, and at worst Colgate.